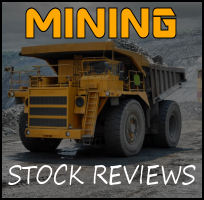 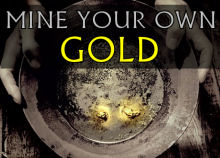 A Junior In The Red Lake Gold Camp

With gold prices climbing to new record highs in Canadian dollars, we are starting to see a lot more interest in exploration in Canada and especially in Ontario. After investors have watched how Great Bear Resources has gone from around 50 cents a couple years ago to 10 dollars today, investors are looking for the next junior in the area to climb on and if that junior has a depressed stock price, all the ...continue.

There's an old saying with stocks and the stock market and that saying is that "A rising tide lifts all boats." What it means is that even though the stock you own doesn't hit it big, as long as it's in the same sector as the big name stocks and as they rise in value, the smaller unknown stocks tend to rise along also. Now this a just a theory but when the ...continue.


A Basket Of Juniors

If your upbeat on gold juniors these days, then your probably hunting for sold off bargains that might have happened in the last weeks. I mean pretty much any of the juniors who might have been riding high have been knocked off their high horse and are back to 52 week lows or worse. So sifting through the wreckage can be ...continue.

The last few weeks have been not been nice to investors of any kind. Stocks in particular have been hit extremely hard and during the sell off it seemed that anything with a bid would be sold including the metals. For a while it seemed that gold's safe haven status was gone. However in the last ...continue.


Six Palladium Stocks To Invest In

Since late summer of 2019, the price of palladium has rallied from the $1,500 area to almost $2,800. That's close to an 80% rally in about 6 months time. A few of the reason for this price explosion is that most of the palladium in the world comes from Russia and South Africa. With trade sanctions on Russia imposed, industry ends up buying from South Africa but ...continue.


A Look At Skeena Resources

Gold saw a slight rally in the first month of 2020 going from $1520 to breifly go past $1600 on the Iran issue, then leveling off in the upper $1,500 range. Silver is pretty much unchanged however platinum and palladium both showed great gains in the first month of the year. Most miners and explorers have showed little reaction to this price movement. Infact although gold is at historic highs in a lot of currencies other than...continue.


How Hi Technology Is Going Underground

New technologies have changed the world and the way we do things in lot of ways during the last decade or two. Think about a world without the internet or the smart phone. It's how some of these devices can transform a persons life and enable us as people do things that just a few short years ago would be almost unheard of. Take for instance prospecting and ...continue.


The Silent Rise Of Palladium

When it comes to precious metals, most of us think gold and silver. After all those two metals are the most common and almost everyone on the planet has heard of or seen both metals mostly because of jewelry and maybe old coins etc. But there is two other metals that are part of the precious metal family and those are palladium and platinum and....continue.

2019 started off not to bad for the junior mining sector. A lot of the smaller players were looking poised to rally on optimism of higher gold prices. Sure enough gold prices did rally this year hitting the $1,500 USD range. In other currencies like here in Canada the price of gold....continue.

Most metal bulls will be able to tell you the price of gold or silver off the top of their heads on almost any given day. However if you asked them what the price of any of the base metals or the white metals were they would most likely be stumped for an answer. That's because most metal bulls don't seem to keep track of....continue.


Golden Ridge In The Golden Triangle

One of the hottest areas of British Columbia in the past few years is an area known as the Golden Triangle. This area has produced more high grade mines than any other area in the province and with gold prices poised to start a new rally here in 2019, it's little wonder that there is so much excitement surrounding some....continue.


Five Years Of Nothing

I was reading a recent article the other day about how central banks are buying gold at a record pace. Infact the amount of gold purchased in 2018 by central banks over the most recent four quarters was higher than any calendar year since 1971. That was when Richard Nixon pulled the U.S. off the gold standard monetary system at a time when....continue.

Metal prices both precious amd base have been pretty dismal the past few years. Aside from palladium going to the moon price wise in the precious metal side, the only other metal that has had any shine is copper. This mainly due to the fact that there could very well be a massive shortage of copper in years to come. This shortage is mainly....continue.

So far the first six weeks into 2019 has been a pretty impressive go when it comes to the metals and a lot of the mining stocks in general. While gold is up over $1,300 US and holding around $1,310, palladium has surpassed the price of gold by a long shot with asks in the $1,410 US range. I was reading somewhere that some experts are calling for $2,000 US palladium this year. Quite a bit of....continue.

Well if there ever was year to be happy about seeing coming to an end in regards to junior mining stocks, 2018 would that year. In all the years I've been following the juniors I have never seen such a dismal year. It didn't even matter what the commodity was the companies were after, the investor interest just wasn't there and it showed. All you have to do is look at virtually any mining stock chart for the year and you could ....continue.

We've been following Guyana Goldstrike TSX-V:GYA for well over a year now and for a lot of good reasons. It's not only the company we tend to follow but also what happening in the country of Guyana itself and what's happening with some of the other juniors that are in the country. Reason being, what's happens to ....continue.

There is an old saying in the gold and precious metal trading circl that say's "Sell in May and go away". If ever that saying range true it was this year as we saw gold and silver sell off to two year lows starting back in June. This in turn has made the entire ....continue.

One of the biggest plays this year in junior mining is going to be seen in the Golden Triangle area of northen British Columbia. Due to harsh winters and lots of snowfall, the only time you can actually do any kind of field work is from about June onward and work until the end of October when ....continue.


The Rise Of Nickel

Most of us gold and metal buffs tend to follow the precious metal scene and aside from taking a glance a copper once in a while we seem to ignore what's going on with the base metals. For the past year a lot of analysts have been following cobalt and lithium but at the same time nickel has almost doubled and ....continue.


Has The Stock Market Topped Out?

Quite a few market analysts and stock gurus state that the market has topped out and could be ready for a crash any day. Thursday the market fell over 700 points. Lots of others state that we got a few more good years of a rally. Both side have compelling reasons for a continuation and a crash so it is hard to know what's going happen. Actually to be truthful, no one really has a clue though. One thing I know ....continue.

It's hard to be a gold bug or grass roots mining stock buff and not have an interest in buried treasures or lost gold mines. I think that is what makes prospecting exciting. In a lot of cases it's not the treasure that you hope find but all the excitement that goes into the actual searching for the treasure. I tend to think that with the true prospector it's more the adventure than ....continue.


Is Now The Time For Juniors?

I get emails once in a while asking what stocks I recommend and while I don't recommend any stocks or equities, I will tell people what I am buying and why I am buying them if I'm asked. I've gotten some good insight from some readers ....continue.

Some analysts are saying that this year is the year for gold. But there are a few other market watchers who are saying forget gold and watch silver, or better yet, buy silver. Be it physical bullion, silver ETF's or silver mining stocks. There are guys out ther who are touting we will see $400+ silver price ....continue.


A Look At Lithium Stocks

Lithium is one of the lightest of all the metal elements known to man and it's being explored for the world over. Sith new lithium Ion battery technology some people say lithium will power the world and when it comes to things like laptops, tablets and other digital gadgets it definately is powering the world. Lithium compounds, also known as lithium salts, are primarily used as ....continue.

Seems we live in a totally fake world now. Ever since Trump's tag line, "fake news," everything is turning up fake. I have always known about fake statistics, fake information, fake people and yes even fake bullion, but when a story about fake gold came out about a one ounce ingot that supposedly came from the Royal Canadian Mint as being fake, that was enough to raise an eyebrow. ....continue.

There are some junior mining companies that seem to never tire of exploring. While a lot of companies over the years have delisted or reinvented themselves into tech or pot, there are a few that stick to their roots and keep hunting for that next deposit that could become the next big find. I first became aware of Gitennes Exploration about 25 years ago when ....continue.


Here's Why Mexico Is The "Go To" Place

When it comes to investing in a junior mining company the one you thing can almost always be certain of is "uncertainty." Mining and especially exploration is and always has been a high risk business full of uncertainties. Those uncertainties and risks can range from everything from government politics to commodity prices and everything in between. From raising money to how that money is going to ....continue.


Only 20 Million Shares. Ready To Drill

There are thousands of junior mining companies listed on all the various markets today and each and everyone of these juniors is out there, somewhere on the planet trying to dig up the next big find. However if truth be told, most of these juniors will fail to find anything of any great value. Many of these small companies will end up broke and eventually will ..continue.


How To Profit With Cobalt

I've been reading bits of articles lately about a coming shortage of cobalt. Now I don't really know a whole lot about cobalt other than it's mined so I decided to to do a bit of investigating. There are a few things that I found out about doing some quick research and one is that cobalt mining ..continue. 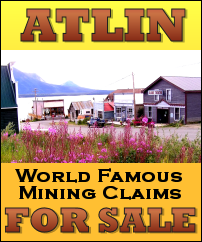